THE HISTORY OF ENRICHMENT,
and how it relates to our dogs.

Yes, it’s a buzz word today. And I for one am glad.

And you may be interested to know – it all, not surprisingly actually, began in a laboratory.

Perhaps that’s why “positive reinforcement” and “enrichment” are considered a SCIENCE, and not just an art or someone’s personal opinion.

It’s origins and popularisation doesn’t come from just observation – but a systemic study and quantifiable research.

This has been a really interesting learning for me, to deep dive into something that we (thankfully) take for granted and consider quite obvious now.

But of course – it wasn’t always like that. Read on as I take you through a little lesson in the history of Canine Enrichment.

A psychobiologist named Robert Yerkes was studying the neural and physiological bases of behaviour.

He was the first person to work with apes in a research setting, his species of choice since they were closest related to humans.

He is credited for first observing that the well-being of captive primates improved when provided with various apparatus (toys?), with which the animals could interact. Seems pretty obvious now, but this simple (and important) observation has been a major turning point for animal welfare. It sparked much interest and research in the scientific community – all of which has helped us get to where we are today.

More experiments followed and a deeper understanding into the complex behaviours of other species developed.

In the 1940’s for example – another Psychologist, Donald Hebb, worked with lab rats.

In one of his experiments, he brought home a group of lab rats for his children to raise as pets. At the same time, he raised a group of rats in the lab – who didn’t have the same social and environmental stimulation as his pets back at home.

A while later – he tested both the groups back in the lab, to see how it impacted their intelligence, and how they did with problem solving (like moving through a maze)

No prizes for guessing which group did brilliantly, and which didn’t.

It was around this time that researchers started to use the terminology of “enriched” vs “restricted” environments.

And Heini Hedger. The “father of Zoo Biology”.

If zoos are no longer the prisons they used to be – this man is one of the most vocal proponents who deserves applause in the cause.

And a very interesting perspective really.

He proposed that though we generally tend to consider wild animals as “free ranging” – in reality, they are not entirely free. All animals are bound by myriad invisible limitations, and usually live their lives out within a narrow range of territory and behaviours. They don’t move around or travel out of their territory for pleasure, but to meet their biological needs.

Taking from this – he argued that for animals in captivity, (and take this with a pinch of salt), didn’t actually need large spaces or enclosures.

Quality vs quantity is what made a suitable environment. An environment that mimicked their natural habitat, and let them express natural behaviours, he proposed, was far more important. He also advocated for mental exercise and training, and noted it helped zoo keepers administer medicine and first aid.

He called it “disciplined play”.

We now know this as co-operative care 🙂

Oh and one more super interesting observation he made, and I’m going to quote him here:

‘By far the chief preoccupation of wild animals at liberty is finding safety. The be-all and end-all of its existence is flight. Hunger and love occupy only a secondary place, since the satisfaction of both physical and sexual wants can be postponed while flight from the approach of a dangerous enemy cannot.”

Providing safety zones where animals could escape became another critical factor while he was designing and building zoos himself.

Excited much, fellow students of psychology ?

A psychologist in the 1950’s who gave us the understanding of “operant conditioning”.

Press the button. Treats are released. Being wants to press button again and again.

Now Skinner’s area of interest was psychology. For humans. He was using animals for research.

He taught a cat to play the piano. Rats to pull levels.

Oh and what happens next is also crazy interesting:

World War 2. The military was having trouble with precise guiding of their missiles.

So they enlisted B.F. Skinner and his team for PROJECT PIGEON. Project Pigeon!!!!

A top secret project that taught pigeons to guide bombs that dropped from planes in the right direction.

How would that work you ask?

And the pigeons could do it even!!! But thankfully for whatever reason, this one never got implemented.

Okay one last digress – promise, cause I have to mention his two assistants, Keller Breland and Marian, who took his work forward.

After the war, they started their own business called “Animal Behaviour Enterprise”, where they first developed a “chicken show” for a particular brand of chicken feed. Chickens would dance and find hidden objects, laid wooden eggs and even played the piano. A big hit in stores with the public.

As they expanded operations, they also needed to teach laymen and salesmen how to conduct these shows – probably the first steps towards making positive reinforcement a common thing.

Here’s a video of some the things they developed as they grew (you may feel judge-y, it’s okay).

Coming back to the serious stuff, this is definitely interesting to note.

Especially since it came from them – pioneers and proponents of the belief that all behaviour is directed by consequence.

They too noted, importantly – that there were some behaviours they observed in animals, that were instinctual and visible outside of any reinforcement.

In 1963, by one behavioural phycologist Glen Jensen.

Jensen gave a group of rats the choice between food from a dish on the floor of their cage or food that could be obtained by pressing a metal bar down 40, 80, 160, 320, 640 and 1280 times. He found that almost every single rat preferred the food that they had to press the bar to get, and even had a rat that left food in the dish but continued to press the bar.

By now everyone agrees that an “enriched environment” is far more favourable than a “sterile” environment.

By the 60’s, zoos shifted their focus to show how animals behave in their natural environment.

Hal Markowitz, a Professor in Animal Behaviour, studied (with data of course) the impact of teaching animals how to obtain their own food and make choices in their environments.

His books “Enriching Animal Lives” and “Behavioural enrichment in zoos” (haven’t read them yet, sorry) are apparently bibles for zoo biologists and caretakers today, and is credited with making a global impact on improving the welfare of animals in captive settings, zoos and bio-medical fields.

And engineering was right – because he would create some really elaborate structures and games for his animals. Stuff that involved levels and swinging across and arcade game kind of things.

Critics of course argued that zoos should focus on re-creating naturilistic exhibits.

They eventually shook hands, kind of, and agreed that aspects from both needed to be integrated for the win.

And eventually they started using “behavioural enrichment” instead of engineering.

Needless to say, the concept continues to develop and evolve.

But why am I talking so much about this on a page for dogs, you ask? 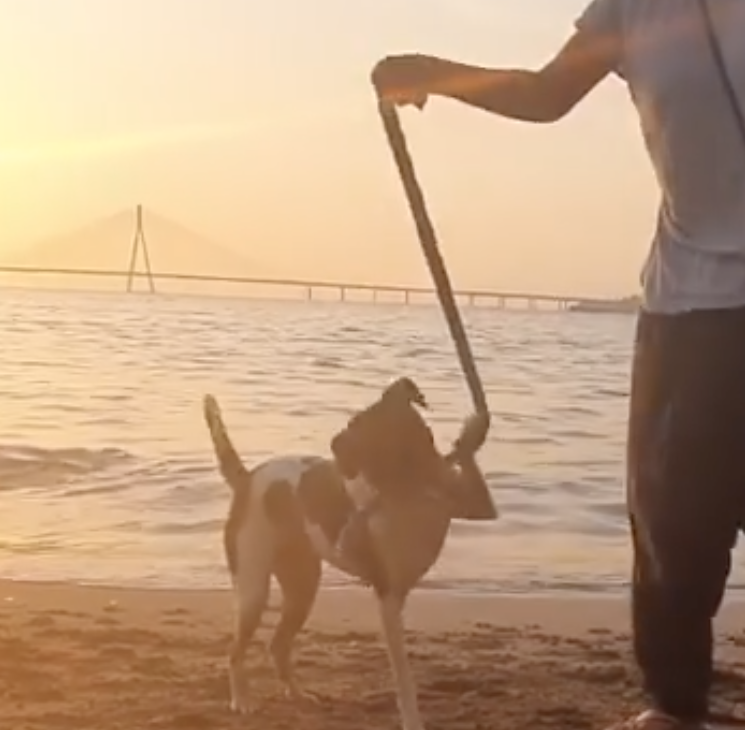 Quite simply because dogs are captive animals too.

While they may love us, and would never leave us even if the door was open etc etc etc.

We make A LOT of decisions for them.

What time to pee. When to go out, or when to stay alone. What toy, when toy. What treat, when treat. When to sleep, where to sleep.

When it’s okay to bark, when it’s not.

If they’re allowed to smell something on the road, or are they going to be yanked away from it cause Yuck.

You get the idea, right?

So of course enrichment applies to them too, right? 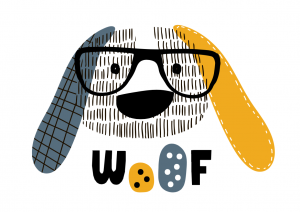 Trainer, behaviour consultant and hooman to the beautiful Indie, Gaya

Please check your inbox for 15 super fun, super simple ideas to get your doggo sniffing & snacking 🐾 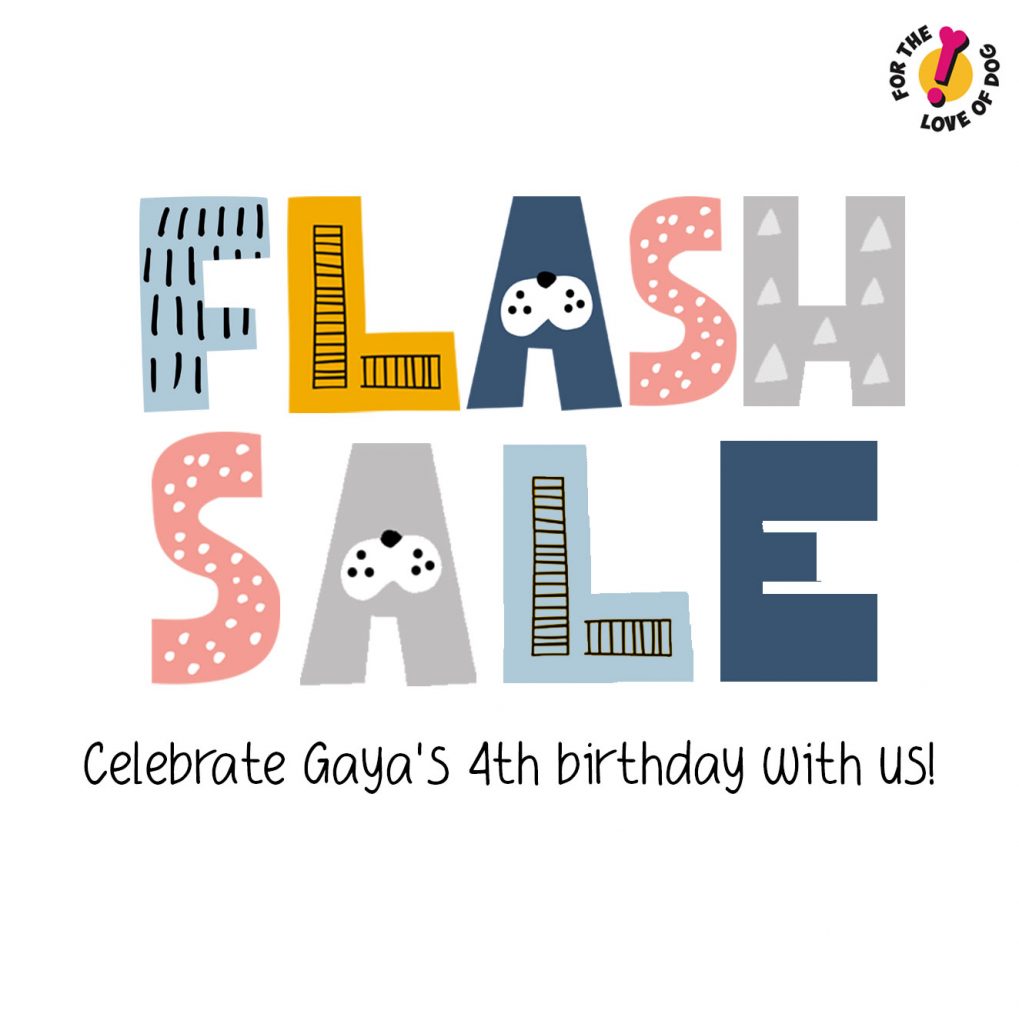